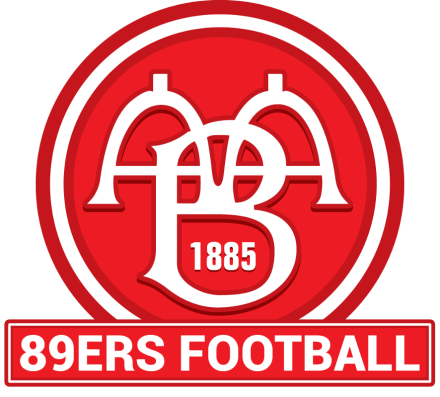 The AFI All-Pandemic Team selection committee had plenty of choices for the flex wide receiver/running back position but one player’s name kept coming up in the discussions, Breon Allen with the Aab 89ers in Denmark.

The 89ers finished the shortened season in Denmark, which was canceled just as the playoff were about to start, with a 2-2 record and Allen was a huge contributor to those wins.

In a 34-26 upset win over the defending champion Triangle Razorbacks, Allen had 18 carries for 187 yards and two touchdowns while catching five passes for 48 yards and another score. He accrued 598 yards and eight touchdowns in only four games for the 89ers this season. He did this while averaging an astonishing 9.6 yards per carry. What makes this even more impressive is the fact that Allen along with other Aab players were playing both ways in many games. Defensively, Allen was no slouch. His 18 solo tackles were enough to rank him second on his team.

In the words of the AFI panel of judges:

“We have watched every single running back/wide receiver who played in 2020 in six countries including Japan. Breon Allen stood out as every defense knew they had to key on him to stop the 89ers. Despite this, he consistently confounded defenders and without him, his team would not have reached the playoffs in Denmark.”

“He has been a great addition to our club, and a great guy. He came in late in the 2019 season, and I think he performed really well for us. In 2020 he performed to the same level, and he was a leader on our offense. Probably the best RB I have seen in the Danish league. Unfortunately we could not get to finish the season in 2020, but I was confident with him leading our offense we could have gone all the way.”